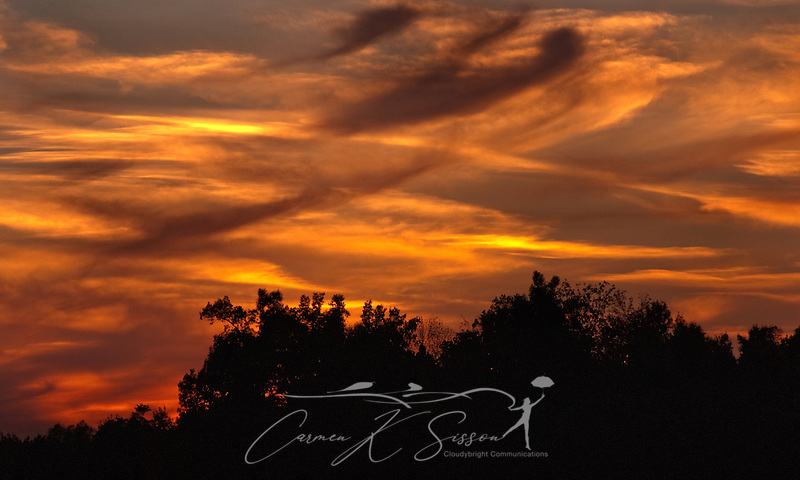 The trees are silhouetted against a fiery sky as the sun sets in Union City, Tenn., Oct. 10, 2010. (Photo by Carmen K. Sisson/Cloudybright)

UNION CITY, Tenn. — Tempers flared inside a northwestern Tennessee courtroom Monday night as residents and local firefighters argued about the expansion of a local subscription-only fire department policy that has ignited debate across the country.

Three weeks ago, an elderly couple in Obion County, Tennessee, lost their trailer and four pets when firefighters refused to extinguish the conflagration. The trailer was located in a rural section of the county that does not have its own fire department, so five surrounding municipalities respond as needed, with three others responding only to subscribers. Gene and Pauline Cranick had forgotten to pay an annual $75 subscription fee for rural fire protection — so the South Fulton Fire Department helped only the Cranicks’ neighbors, who were paid subscribers.

I’m asking the Lord to visit a curse upon every person involved. May your house burn down as well. ~ Anonymous caller to the South Fulton Fire Department

Pundits painted the family as victims of Tea Party politics or, alternately, as freeloaders. Every fire department in Obion County received complaint calls and e-mails, even those not directly involved. “I’m asking the Lord to visit a curse upon every person involved,” said one caller in a voice mail. “May your house burn down as well.”

Over the objections of firefighters and many residents, the Obion County commission voted 15 to 3 to expand subscription-based service throughout the county. Beginning July 2011, all fire departments in the area — including the five that have answered calls at no charge for the past three decades — will require residents to pay the annual fee. Fire chief Bob Reavis of Hornbeak, one of the municipalities in the county, had opposed the expansion of the “pay to spray” policy, arguing that more houses would burn. “It’s a public-safety issue,” he said. “Subscriptions should be left to newspapers and magazines.”

But the county’s mayor, Benny McGuire, said that only one-third of Obion County (which is 555 square miles and has a population of 32,450) had access to rural service before Monday’s vote and that the commission’s move will extend protection to everyone, albeit at a price. It was, said McGuire, “probably the best we can do.” The subscription service is not final: in February 2012, residents will vote on whether they want rural fire service and how to fund it.

The high cost of fighting fires

Firefighting isn’t cheap. The National Volunteer Fire Council estimates the cost of equipping and training a firefighter at $27,095. Trucks cost range in price from $150,000 to $750,000. Volunteer departments feel the strain, and bake sales, fish fries and donation drives go only so far to meet minimum operating expenses. McGuire said he sympathized with the Cranicks but that it was an economic issue: only those who subscribe get served.

This ain’t the way to fix it. God save us all. ~ Hornbeak Fire Chief Bob Reavis

Yet statistics show that in communities that have subscription fees for firefighting, less than 70% of people pay subscription fees, and that number is as low as 40% in the early years of a subscription campaign. In 2006, firefighters responded to 245 rural calls in Obion County. Assuming a 30% nonparticipation rate, Reavis said as many as 75 homes could have burned. The fire department of Rives, one of those responding as needed in Obion, does not charge a subscription fee but sends a $500 bill after it has rendered services. Reavis says, however, that half of the homeowners fail to pay.

At the conclusion of the meeting, many firefighters expressed disappointment but said they will abide by the commission’s rules. “It’s not the right thing to do,” said Stan Mitchell, a volunteer firefighter with the Rives Fire Department. “But I’ve been doing this too long to quit.”

“This ain’t the way to fix it,” Reavis concluded. “God save us all.”