One man’s brush with Obamacare

[Note: This was part two of an overall four-part collaborative package with Monitor staffers. For the full package and other authors’ segments, please click here.]

Some nights, when Jon Gault felt his worst, he wondered if he would live long enough to see his 17-year-old son go to college or to walk his daughter, now 8, down the aisle.

So when the Seattle resident signed up for Washington’s state-run Obamacare exchange in October, he was jubilant. Mr. Gault, 35, had worked as a civilian contractor, but he was laid off in 2001 and has not had health insurance since. He now owns a body modification shop, Piercing by Jon, but diabetes has been a constant concern for him, often spiraling out of control. As his stack of hospital bills grew, his hope dimmed. 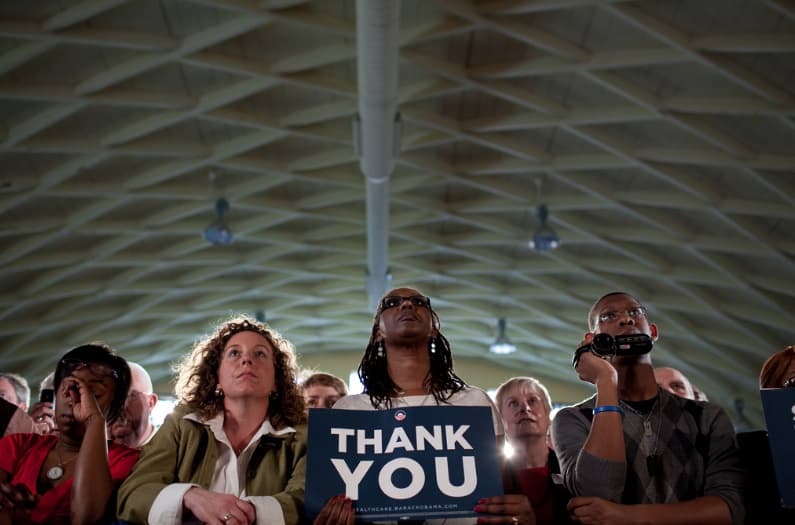 Media outlets estimate that more than 7,300 people signed up for coverage on Washington State’s exchange between Oct. 1, when President Obama’s healthcare marketplace was opened to the public, and Nov. 10. Although many have reported problems with the federal HealthCare.gov site, Gault says Washington’s site was surprisingly easy to navigate and he was quickly approved. The price came as a pleasant surprise also. Thanks to federal subsidies, Gault will not have to pay for his coverage.

It’s a relief, he says. Last year, he went to the hospital emergency room twice, but he expects those visits to become a thing of the past now that he is able to afford a more-expensive kind of insulin that is more effective for his type of diabetes.

“I went from being denied health insurance several years ago to actually having it now,” Gault says. “It’s kind of nice.”

But his decision has not come without detractors. Many of his Republican friends have dismissed his newfound hope, and he has stopped trying to argue with them. They are not seeing the bigger picture, he says. It’s not about how much it will cost; it’s about those it will help. Everyone will benefit at least indirectly, because people they love and care about will benefit.

As for him, he says he no longer has to choose between providing for his family or taking care of himself. His fiancée is covered by her employer, and his daughter is covered by Medicaid. He feels everyone should at least explore their possibilities.

“Instead of looking at the money, look at the lives,” he says. “There’s a lot of people who at one point were going die but now have a chance.”