Home Recent Bylines Small businesses get back to work after Harvey

Small businesses get back to work after Harvey 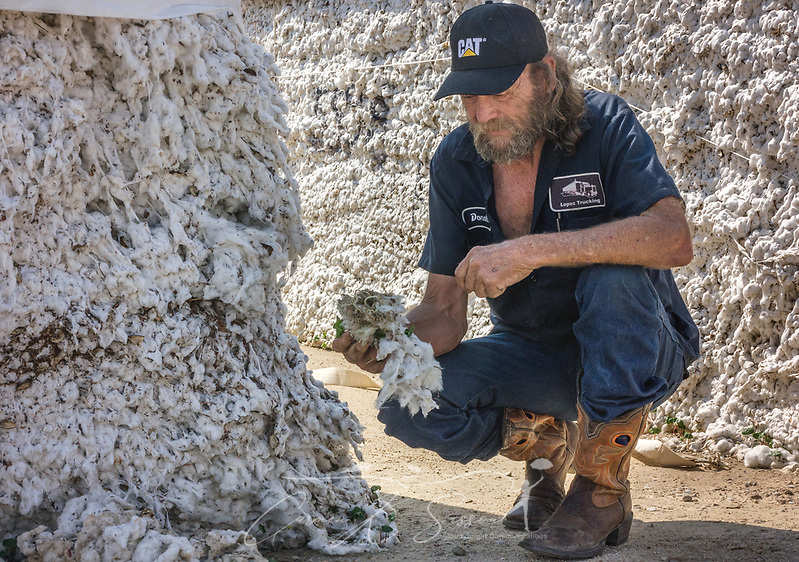 Truck driver Donald Brawley pulls a handful of ruined cotton from a module at the United Agricultural Cooperative gin, Sept. 3, 2017, in Danevang, Texas. Brawley, who works for Lopez Trucking, is waiting to transport the cotton, but much of it was ruined after Hurricane Harvey dumped several feet of rain in Texas. Small business owners in the rural area, from gin owners to the cotton farmers to the truck drivers, have struggled to recover since Harvey destroyed what was expected to be one of the best cotton crops in a decade. (Photo by Carmen K. Sisson/Cloudybright)

HOUSTON and DANEVANG, Texas — Even for a farmer, there is such a thing as too much water.

Sweat dripping from under his red, white, and blue cowboy hat, Guy Mouelet is standing in his farm at the corner of Fondren Road and Willowbend Boulevard here, taking a break between giant hacks with his shovel at the tangled green weeds that have overrun his eggplant bed. He recalls not thinking too much of hurricane Harvey before it broadsided Houston with days of torrential rain.

“I thought maybe it will be a little rain and it will pass, but after four days, when I came back and saw the water, water everywhere,” says Mr. Mouelet, his voice trailing off. 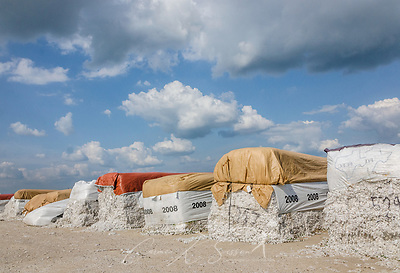 It will take “a couple of months” to get his farm back to pre-Harvey crop volumes, but now is the time to work, he says, not make excuses.

“We need to work, because people need it,” he adds. “People lost everything, and they need to eat to grow strong.”

The metaphor is apt. As the nation gears up for another major storm bearing down on Florida – and continues to assess the damage from Harvey, which Texas Gov. Greg Abbott (R) estimated at $150 billion to $180 billion – small businesses are helping lead the city’s recovery. Even as they deal with their own losses, they are providing not only helping hands in the rebuilding effort, but a precious sense of normality to communities still reeling from the 25 trillion gallons of water just poured on their heads.

“There are going to be a number of challenges, but I think people are very resourceful, people are working very hard to be supportive of one another,” says Laura Murillo, president and chief executive officer of the Houston Hispanic Chamber of Commerce.

A week after the rain stopped, anecdotes of the grit and generosity of Houston’s small business owners and their employees abound.

There are the three Mexican bakers who, trapped by floodwaters in their store, baked nonstop for two straight days before handing out the fresh loaves of bread and pan dulce to fellow Houstonians and first responders. There’s Jim “Mattress Mack” McIngvale, who converted his two furniture stores into temporary shelters for more than 400 people. And there’s Cafeza, a small coffee shop that turned itself into an impromptu shelter and, later, free coffee dispensary for first responders.

A few minutes from Cafeza, in the shadow of a tangle of elevated highways, sits Paper Co., another cafe where ’90s hits are played over the speakers and sales go toward feeding the local homeless population. 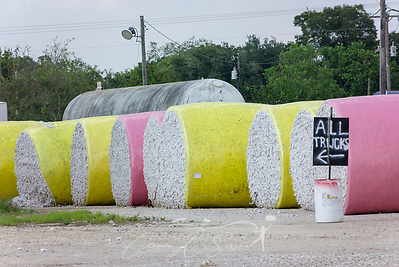 This week, however, Paper Co.’s two top chefs haven’t been there. They’ve been in a church parking lot 12 miles away, cooking breakfast and dinner for the streams of volunteers who gather there before and after dispersing throughout the city to help gut flooded-out homes.

“People are just doing what they know how to do,” says Trevor Little, Paper Co.’s sous chef. “We’re cooks, so we’re cooking.”

Simply being open can be an invaluable benefit for shaken Houstonians these days. Small businesses re-opening is “good for the psyche,” says David Ramos, the head chef at Paper Co.

While many Harvey-impacted small businesses in Houston likely will re-open soon, the coming months are likely to test their nerves – and purse strings.

Small businesses are generally considered more vulnerable to natural disasters, especially in the short-term – with fewer resources to rebuild and absorb losses. Recovery will be a long process for business owners throughout southeast Texas. They spend their days pulling drenched carpet and soggy sheetrock from their workplaces, only to go home and do the same thing. At least 70 people were killed – a low death toll experts have called a testament to both people heeding advance warnings and southeast Texas’s all-hands-on-deck rescue effort – but 1 million people were displaced by the storm.

Plant-It-Forward, the small business that supports Mouelet and eight other farmers and connects them with customers for their produce, says its clients lost about 60 percent of their crop due to Harvey.

“The next few weeks will be a little tough,” says Liz Valette, the company’s president. “All the revenue streams we connect the farmers too, there are questions marks over them.”

Keith Kresta, a Crescent cotton farmer, grew up on a farm and is accustomed to the capriciousness of weather. Already mid-harvest, when he saw the Colorado River rising, he hastened to prepare his crops, move his cattle to higher ground, load his furniture into trailers, and install a pipe ring and pump around his farmhouse. As darkness fell on Texas, there was nothing more Mr. Kresta could do. He had managed to harvest 60 percent of his 800 acres. 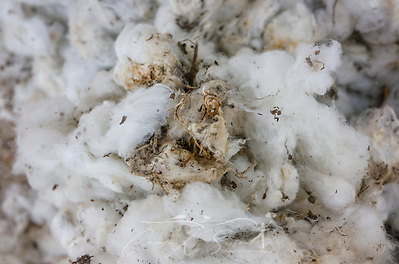 Around 1 a.m., he and his wife, Sara, stood inside their house and watched the floodwaters creep up the walls. When the water reached their knees, they hugged one another and tried to smile.

“The last thing we said was, ‘We’ll make it,’ and we walked out of the house,” Kresta says.

The crop didn’t fare well. Cotton seed is sprouting inside the bolls, and any salvageable lint is stained and of poor quality. Most of the cotton modules in his field were blown apart by the wind or swept away by the river. Mud coats the remainder.

It’s a stark contrast from the Sunday before, when cars were stopping alongside his farm to take pictures of the rare “August snow.”

Texas is the No. 1 producer of cotton in the United States, and before Harvey, farmers in Wharton County were anticipating their best harvest in more than 10 years. Despite farmers working feverishly in advance of the storm, without enough trucks to haul the cotton away or gins to process the crop less than an estimated 14 percent of the state’s fields were harvested before Harvey made landfall Aug. 25.

“A guy told me he had 36 round modules,” says Jimmy Roppolo, general manager of the United Agricultural Cooperative gin in Danevang, Texas. “After Harvey, he could only find eight, and they were under water. This year looked like the promising year that would prop them up, but with this, it’s going to be tough.”

You work 12 months out of the year in a noble profession because you want to contribute – you want to feed and clothe the world. To see it all wiped away just a few days before harvest is impossible to put into words. ~ Cotton farmer Keith Kresta

Kresta estimates a loss of more than $140,000 for his farm. Insurance will pay for some of it, but it will only cover 70 percent of his 10-year average yield. The past decade has not been good.

“You work 12 months out of the year in a noble profession because you want to contribute – you want to feed and clothe the world,” Kresta says, his voice breaking. “To see it all wiped away just a few days before harvest is impossible to put into words.”

He’s not sure what the future holds for his family or his farm, but he is quick to point out those who lost so much more, from crops and homes to loved ones. He clings to his faith and believes God will not challenge him with more than he can handle. Material things are replaceable, he says. And he believes that he and the other farmers in his community will survive.

“I sat in church this morning, and I felt at peace,” Kresta says. “I do not feel like a victim – my story is just one of thousands. You learn what people value in a time of crisis, and I value my family and my faith.”

Across Houston, small businesses have continued to open back up and pitch in. One neighborhood emailed Ms. Valette to tell her they’ll be hosting their weekly farmers market this weekend, just like normal, and that they want to see farmers like Mouelet there “as a sign of resiliency.”

Valette is hopeful there may be some produce available to sell by then.

“I got so excited when I saw things sprouting after a couple days,” she says. “Just being able to see things grow, I think it helps with the healing process after a loss.”