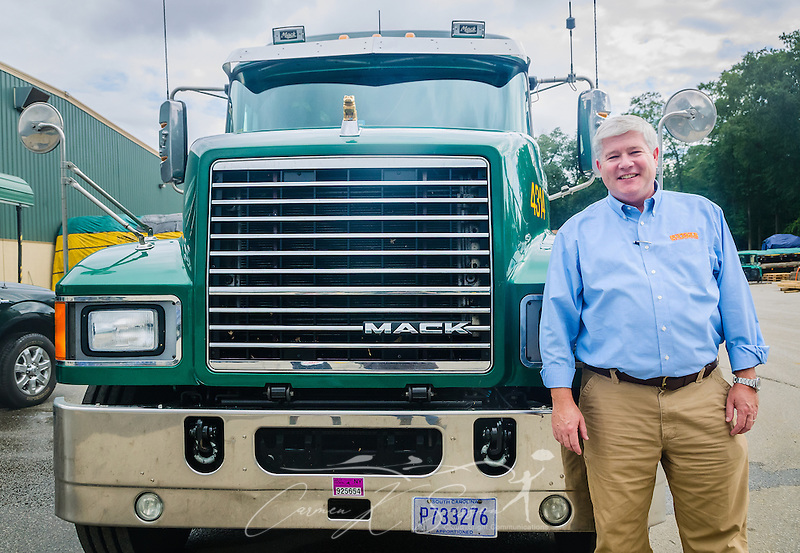 Superior Transportation CEO Pat Barber is pictured at the company headquarters, Sept. 30, 2015, in North Charleston, South Carolina. Barber started the company in 1998 and has continued the family’s loyalty to Mack trucks. (Photo by Carmen K. Sisson/Cloudybright)

Superior Transportation CEO Pat Barber has been a Mack enthusiast his entire life, so it was natural for him to choose Mack equipment to power his fleet. 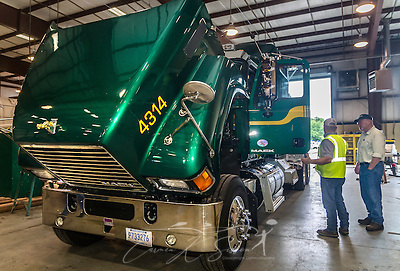 He’s proud of his company’s reputation for superior service transporting high profile, challenging cargo and credits his professional drivers and top-of-the-line Mack equipment for this success.

Barber started Superior, based in North Charleston, South Carolina, in 1998 as a one-truck owner-operator. Once he reached five trucks, he officially came off the road and began managing the fleet that specializes in heavy hauls of rare, difficult, oversize or high-value cargo — a perfect fit for Mack’s combination of durability and power.

Superior Transportation has successfully completed more than 100,000 shipments of large loads, seamlessly combining truck, rail and barge transport. They operate throughout 48 states but primarily haul east of the Mississippi River.

Barber’s loyalty to the Mack brand began early: When he was born, he and his mother came home from the hospital in his father’s Mack wrecker, and when his father replaced that truck with a newer Mack, he took his young son to the local Mack dealer and let him choose the color — green. 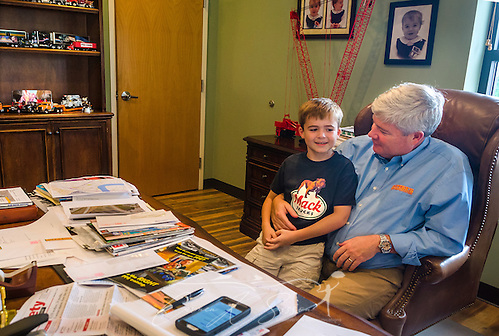 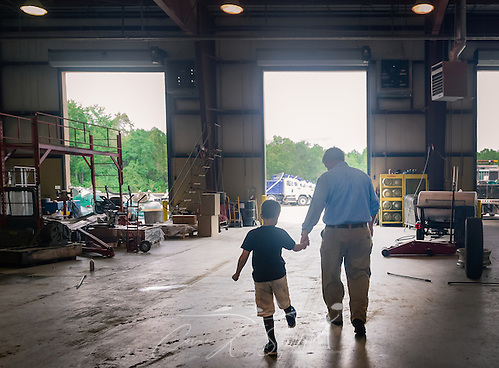 Pat Barber and his son, James Barber, leave the maintenance shop at Superior Transportation, Sept. 30, 2015, in North Charleston, South Carolina. Barber says he hopes James will follow in his footsteps and carry on the family legacy. (Photo by Carmen K. Sisson/Cloudybright)

Today, his Mack pride is on display in his office where bookcases tower from floor to ceiling filled with miniature Mack trucks. “I’ve always had an affinity for Macks, especially green ones,” Barber says, pointing to a faded photograph of him and his brother in front of his dad’s 1972 Mack.

There has been a lot of industry consolidation recently, but Barber says Superior Transportation is here for the long haul. Though the Great Recession was brutal, he says the company survived thanks to its strong relationships with vendors, banks and insurers. Superior’s goal is to be the go-to company for customers with challenging cargo, and as the years pass, their reputation continues to grow, with annual revenue of $15 million.

Barber is proud of his 40-truck fleet, which consists primarily of 2013 and newer Mack Pinnacle™ and Titan by Mack models, and says the equipment attracts and helps retain reliable, professional drivers.

With industry driver turnover trends at nearly 84 percent according to the American Trucking Associations, recruiting and retaining good drivers is crucial to the success of any trucking company. Barber, who was previously a mechanic and a driver, feels strongly about his drivers. He knows how hard the job can be and he wants his nearly 40 drivers to operate as safely and comfortably as possible.

That’s why he was excited to take a delivery of 13 Mack Pinnacle axle-forward sleepers, with the optional Rawhide edition interior. Beneath the hood is the MP8® 13-liter engine with the Mack mDRIVE™ automated manual transmission. Inside the cab is a luxurious expanse of button-tuck ultraleather and two-toned embroidered seats. On the dash, a small emblem states: “Custom Built for Superior Transportation.”

Drivers were initially hesitant about the mDRIVE, but they are now enthusiastic converts.

“It’s a huge fatigue buster and makes their day easier,” Barber says. “We would have a tough time getting any of these guys out of those trucks now.”

Still, he worries about the future of the trucking industry as older drivers retire and younger generations turn to computers or other professions. He has two drivers who have been with him from be beginning, but he’s always looking for new drivers as he expands. That’s why he offers high-tech equipment along with lucrative pay and benefits packages. 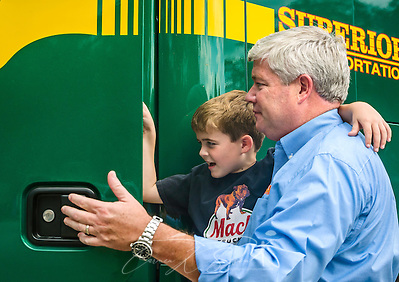 Drivers start out with an annual salary of $47,000, and the company’s average driver earns $64,000 annually. They are also provided with uniforms, work boots and personal protection equipment, and their trucks are washed and maintained for them in-house.

They receive quarterly bonuses of $1,200 for safe driving, and the company has received safety awards nearly every year from the South Carolina Trucking Association.

“It’s harder than ever to retain employees and pay is not the only answer,” Barber says. “I take care of my people. I still drive. I still get out there and get my hands dirty.”

What matters most to Superior Transportation’s bottom line is keeping the trucks out of the shop and the wheels rolling. The majority of Superior’s freight is over-dimensional, overweight and out-of-gauge with gross vehicle weights ranging from 80,000 pounds to 240,000 pounds, and there’s no room for downtime. Macks are reliable, and that was a big selling point, Barber says.

Barber knew he wanted to work with Mack Trucks because of his loyalty to the brand, but Mack sales representative Bill Peek knew that they would fit his needs perfectly.

Superior Transportation was the first carrier in the state to use the Titan. With 605 horsepower and 2060 lb-ft maximum engine torque, it was “the beast he needed,” Peek says.

Superior Transportation has a fully equipped shop to handle their own maintenance and mechanic work, but they still benefit from GuardDog® Connect. These days, though, they worry a lot less about breakdowns. 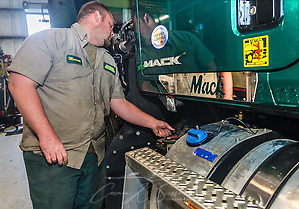 “He had (another brand) that he couldn’t keep out of the shop,” Peek says. “They were breaking down all over the place. He needed the reliability of Macks as well as the durability to accommodate his customers’ needs and delivery schedules.”

Barber has also equipped the trucks with the Eaton VORAD Collision Warning System.

“He’s big into safety and the latest innovations,” Peek says. “He’s well-versed in Mack specs and is technically proficient enough to tell you exactly what the specs are. Spec’ing out a truck for him is easy.”

“He keeps them in immaculate condition,” Peek says. “Those are some of the cleanest trucks you’ll see on the road.