The life and death of a White House archivist 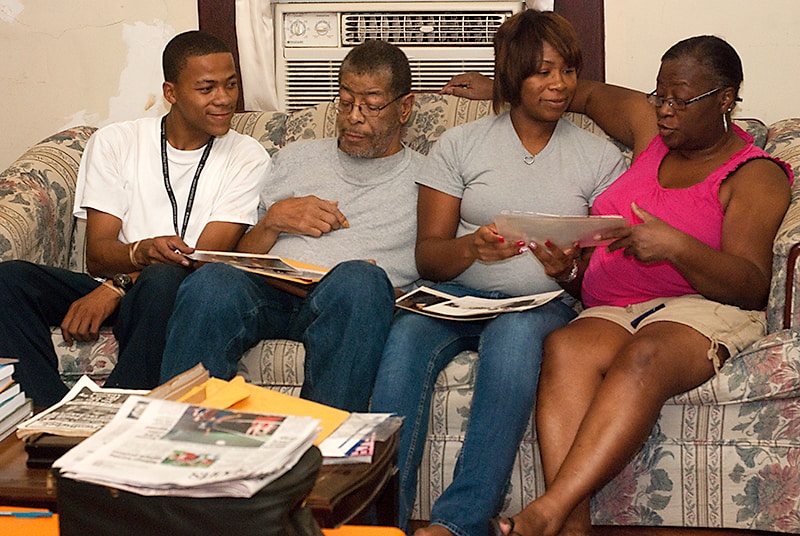 COLUMBUS, Miss. — In life, he was the keeper of history. Presidential photographs, letters, memos, campaign materials — nothing escaped the thin fingers and sharp eyes of the Columbus native who lived simply and died simply but touched time, leaving a signature of his own.

To his family, he was “Sonny.” The man who never met a stranger, never knew an enemy, never stopped talking and never met a plate of pinto beans and corn cakes he could resist. 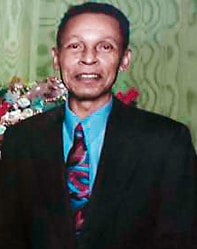 To his colleagues in Washington, D.C., he was Theodoric C. James Jr.,  the White House archivist. A dignified, bookish records management analyst who held security clearance, along with intimate knowledge of the facts, foibles and fascinations of every president under which he served, from John F. Kennedy to Barack Obama.

He didn’t talk about his job. Not to family, friends or people on the street. But he loved his work. It was his life. No one knows why he retired in 2009, after almost half a century of service. Perhaps at age 69, he felt he could no longer give his best. Or perhaps it was time to try on a new role — one which had captivated and troubled him since childhood.

James, 71, died of heat stroke Aug. 1 at his home in Washington. That’s what the death certificate states. Black words on an official page. The kind of document he would have painstakingly noted and filed.

But he loved life, his family says. He loved people. His death, and the circumstances which surround it, makes no sense.

Ascent to the White House

Tyrone V. James Sr., James’s younger brother, clutches a cane and stares at the floor. His home, a Queen Anne Victorian on the corner of Fifth Avenue North and 11th Street in Columbus, was built by their grandfather, the city’s first black doctor.

Tyrone James was only 6 in 1959 when Sonny James, a senior in high school, was sent north to live with their aunt. The rumbles of the Civil Rights movement were just beginning to roll through the South. It was a time, their parents believed, when the best educational opportunities were elsewhere. 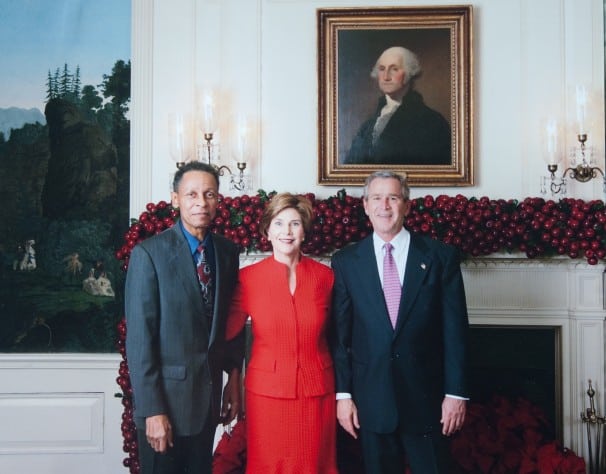 He gazes at an image of his brother, a lanky, serious boy who attended Union Academy and R.E. Hunt before graduating from Western High School, now Duke Ellington School of Fine Arts in Washington, D.C., and going to Howard University. He briefly enrolled in medical school, but he was fascinated with cameras, storytelling and life. In 1963, he took a part-time job at the White House, filing records for President John F. Kennedy. By 1970, he was a full-time employee, working in the Office of Records Management.

He never forgot his roots. He called Columbus twice a week. Every summer, he came for a visit, flying when time was short, taking Amtrak when time permitted. He liked the train. He liked the hubbub of porters and people, none of whom suspected that the man sitting with his head cocked, asking questions and listening to their stories, had a story of his own.

Tyra James, 21, says that’s what she loved most — her uncle cared about the details of people’s lives. He sent books and inquired about her studies, goals, dreams. He was proud of her. He was proud of her brothers. He loved his family, says his sister-in-law, Avee James. When he stopped communicating a year ago, it worried her. In March, he called and asked about relatives. When she asked about his life, he cut her off.

“Talk to you later,” he said, in that clipped way everyone knew so well.

It was the last time his family heard his voice. His life had taken a terrifying new trajectory, one which society — indeed, everyone close to him — could not understand. In the aftermath, his loved ones cling to the only answer they can accept.

Sonny James was fascinated by homelessness. He talked about it in nearly every conversation. What led people to a life of deprivation and itinerancy? Did they eschew companionship by choice, or was the decision made for them by fate? His family believes he intentionally chose to shed his suit and adopt the tattered lifestyle of the forgotten.

He stopped bathing. Stopped interacting. Kept his home but let it slide into disrepair. The man who had been making more than $60,000 a year — large sums of which he gave away to charity — lived without power or water. He brushed aside concerns of family and neighbors. He brusquely sent social workers and mental health agents back down the street from which they came.

If he was suffering from depression, he never admitted it.

Last year, he was hospitalized for malnutrition, dehydration and heat exposure. From Mississippi to the White House to Madison Street, family, friends and neighbors grew more frantic. They filed numerous requests for intervention. But he had no documented mental or physical illness. Legally, agency officials said, no one could stop him.

Sonny James passed quietly out of this world on a scorching hot Monday in Washington. Rescue workers found his body at his front door. There were no trumpets to herald his return to Mississippi, just a grief-stricken family and a crowd of 50 who gathered at Missionary Union Baptist Church Aug. 13 to say goodbye.

Friday, as the sun slid into the fields and children rode bicycles beside the abandoned school where a national archivist and presidential history-keeper once sat, his family stood in Union Cemetery and stared at the red clay covering his grave. He will have a headstone, his brother says. He will just have to get mad.