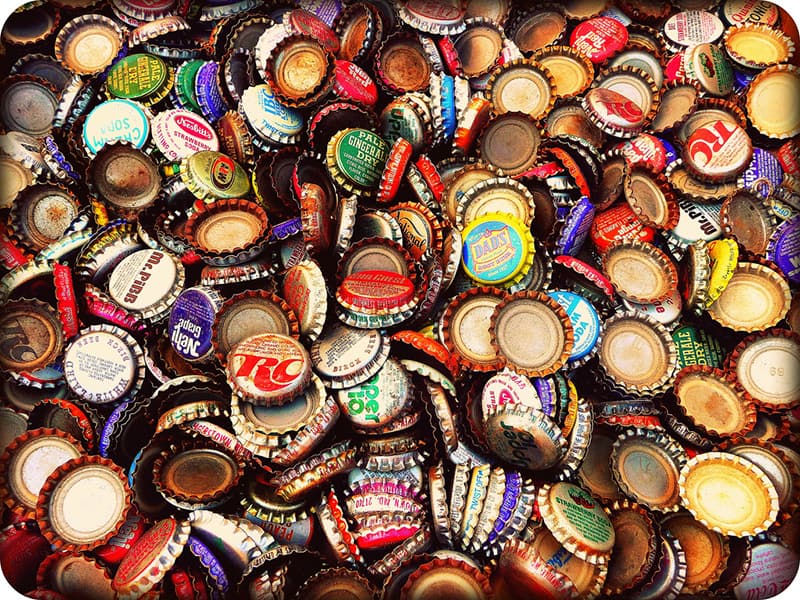 GADSDEN, Ala. — Traffic is jammed, bumper to tailgate, but no one seems to mind. Drivers cruise along at crawl speed, hanging out their windows from time to time to wave and yell friendly greetings to one another. The smell of barbecue hangs like Southern perfume in the sweltering heat, and strains of “Sweet Home Alabama” blast from roadside speakers.

In the heart of Dixie, where college football is religion and every day is a good day to celebrate, the World’s Longest Yard Sale might as well be redubbed the Biggest Tailgate Party.

On Aug. 5, the inaugural morning of the event’s 23rd year, things are actually calmer than usual, people say. Maybe the temperatures are keeping bargain hunters home. It’s only 9 a.m., and the heat index is already climbing above 100.

That doesn’t daunt David Freeman, Jim Young, and Gadsden City Councilman Ben Reed. This is the highlight of the year for these loquacious sellers, and they’re in high spirits this morning. Camped out in the shade of a blue tarp, they swig ice cold water and swap tall tales growing more wild by the minute. None of them are in it for the money — some years, they’ve sold merchandise worth as much as $4,000 new for only $50. They’re here to meet, greet, and have a good time.

“This is all the junk the junkyard wouldn’t take, and I’m just trying to sell it to these ignorant people walking by,” Young jokes.

In truth, some of the stuff they’re selling is pretty good, even if it’s not all priced to sell. There’s a Remington 1187 shotgun lying on the table that’s priced at $450. Over the years the trio has sold a little bit of everything: Snow skis to a man from Florida, even a gold commode they unloaded for $5 to a man who was building a cabin in the woods and said he’d always wanted to sit on a golden “throne.”

People come out in our restaurants, and get to see what Gadsden is. All your little towns that got killed by the four-lane are coming back. ~ Gadsden City Councilman Ben Reed

But despite the silliness, there’s a reason why these men are here, particularly Councilman Reed. The yard sale lures shoppers from as far away as California onto Alabama’s back roads, giving them a chance to see all the state has to offer. “People come out in our restaurants, and get to see what Gadsden is,” Reed says. “All your little towns that got killed by the four-lane are coming back.”

The drive alone, he says, is worth the trip. As visitors snake north along U.S. route 127, they’re treated to some of the state’s most spectacular views. Mountains, rivers, caves, waterfalls — it’s all here, waiting to be explored. “It just makes you feel good to sit back and feel your heart beat again,” Reed says.

Many people enjoy the yard sale so much, they return every year, each time dipping into a different leg of the 675-mile journey. Cheryl Durham, of Trion, Ga., came down to Alabama in search of a particular piece of Carnival glass featuring a peacock, but she hasn’t found it yet. She remains undaunted. She’s attended the yard sale for more than a decade, and though she isn’t having any luck this weekend, her husband managed to scoop up several coveted Pez dispensers. It’s the thrill of the chase that lures them on, and they spend months saving for the trip.

“I shop for wants,” she says. “I work at a school, and this is the highlight of my summer.”

As you travel further from town, however, the road winds northward through pastureland and the wares get more rustic.

Just outside of Fort Payne, Ala., the area’s poverty is far more apparent. Two men sit by their pickup trucks on opposite sides of the road, alternately smoking and watching storm clouds gather over a soybean field. Cars pass, but few stop.

You just sit and wait; maybe somebody will pass by and see something that interests them. It’s been rough the way the economy has gotten. Got lots of hospital bills. I only make maybe $200 to $300, but it helps get ahead. ~ Joshua Meadows

Joshua Meadows brought his granddaughter, Destiny, with him today to keep him company. This is his 10th year to load up whatever he could spare and bring it to this deserted patch of gravel. A lot of the items are clothes Destiny has outgrown and toys she no longer wants.

“You just sit and wait; maybe somebody will pass by and see something that interests them,” Meadows says, staring at the tip of his Marlboro and pausing to take a swig of Mountain Dew. “It’s been rough the way the economy has gotten. Got lots of hospital bills. I only make maybe $200 to $300, but it helps get ahead.”

He picks up odd jobs in construction, but work hasn’t been good since the economy nosedived. Today, he’s hoping to earn enough to keep his power and water from being disconnected. Even the 1962 Dodge pickup he’s sitting in is for sale — $800.

Ricky Cooper is in the same situation. He cleaned out his barn in Little River Canyon, loaded a Playmate cooler with Diet Dr. Wow (a non-brand version of Dr. Pepper), and headed here in hopes of selling something, anything.

He builds houses, and his wife works at Dairy Queen, but his real passion is building eclectic mountain furniture hewn from timber he cuts himself. When he first moved here, he had so much business he could barely keep up. He spent days building houses and nights crafting fine beds and lamps. But lately, he’s been driving as far as South Carolina for work. He hasn’t built a house in a year.