Home Recent Bylines Retirement: A job too satisfying to leave

Retirement: A job too satisfying to leave 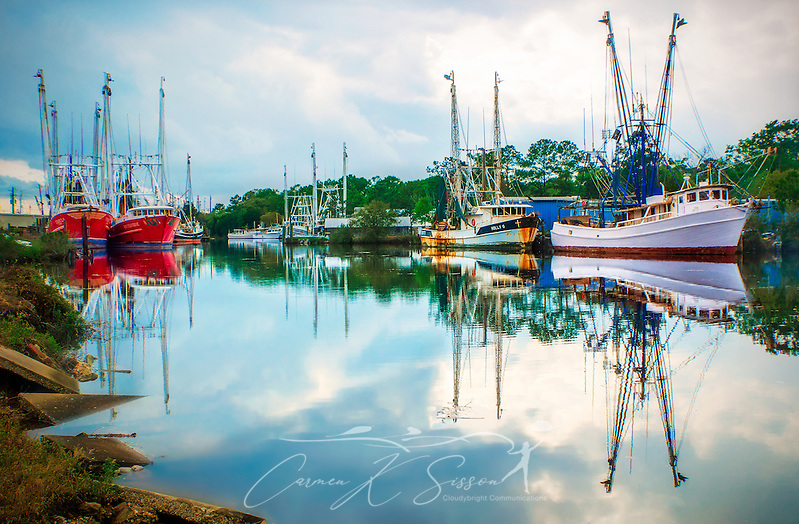 Shrimp boats are docked in Bayou La Batre, Alabama, as a storm approaches April 8, 2014. The area is known as the “Seafood Capital of Alabama.” It was founded in 1786 and had a population of 2,558 at the 2010 Census. (Photo by Carmen K. Sisson/Cloudybright)

BAYOU LA BATRE, Ala. — Donna Gainey grew up here in the picturesque fishing village of Bayou La Batre, Ala., – went to school only a mile away, married a local boy, and made the tiny City Hall on Wintzell Avenue her home away from home.

This is all she’s known. All she’s ever wanted to know. For 32 years, she’s watched mayors and council members come and go, but still she remains. That suits her just fine.

She gazes at the city seal, which bears a hand-drawn image of a shirtless, barefooted shrimper hauling his catch aboard a boat. She was good with numbers. She could have gone anywhere. But she wanted to stay here. So much so that when she turned 62, two years ago, she decided to forgo retirement. 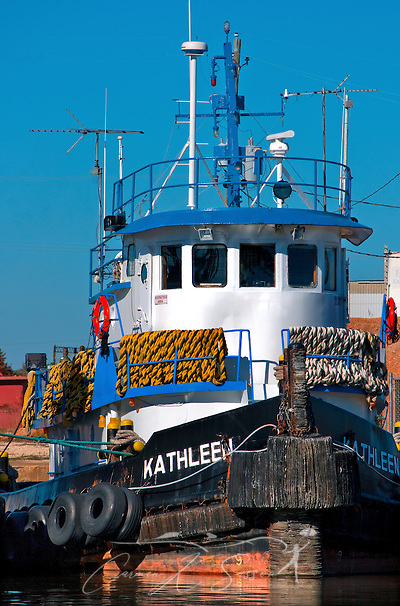 A tug boat is moored at the old state docks in Bayou La Batre, Ala. Nov. 17, 2010. The Gulf Coast continues to recover from this summer’s Deepwater Horizon BP oil spill, which affected nearly 29,000 square miles of shoreline from Louisiana to Florida. (Photo by Carmen K. Sisson/Cloudybright)

“I just love my job,” says the city clerk, framing the words slowly. “I love people.”

Of course, there are the job benefits to consider, and those weighed heavily in her choice to continue working. A decade ago, she battled breast cancer, and though she’s well now, health insurance is important to her.

There’s her granddaughter to consider as well. She and her husband, Lamar, are raising the 14-year-old. Even though the teen has lost her penchant for Aéropostale hoodies – mercifully – it’s still expensive to raise a child in today’s economy. Mr. Gainey supplements their income through his work as a security guard at a local medical center.

The couple could afford retirement, but Mrs. Gainey says working keeps them busy and provides money for extras, like a new car, as well as necessities like the escalating cost of homeowners insurance on the Gulf Coast. They’d always planned to travel, but now they find there’s nowhere they really want to be except the home they’ve built together and the jobs that have made up the tapestry of their lives.

Besides, work keeps her young, Gainey says. She enjoys the challenge of wrangling with new computer software, and she likes interacting with the 30-somethings that populate her office. She teaches them to balance spreadsheets; they teach her social-media skills. Recently, a younger co-worker helped her set up a Facebook account so she can stay in touch with her son, who is serving in Iraq.

“I’ll probably retire in a few more years,” she says. She watches Bayou La Batre’s mayor, Stan Wright, shuffle to his office and smiles. He’s 10 years younger than she is. “Then again, I might not. Since my health is good, I think I’m going to just keep working.”