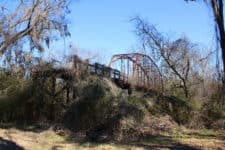 To James Miles, the abandoned bridge about a mile from his home is little more than a directional landmark. Most of the time, anyway. As Mississippi prepares for a Senate runoff on Tuesday, the structure known as the Hanging Bridge – where six African-Americans, including two pregnant women, were brutally lynched in 1918 and 1942 – has been heavy on his mind.

If you want to be elected in the Bluegrass State, there’s only one place to be the first Saturday in August: Fancy Farm, Ky., where old-fashioned politics meets dyed-in-the-wool religion, and the differences are evened out by the glorious, gluttonous, gastronomic magic of charred pork and mutton at the annual Fancy Farm picnic-cum-political rally. 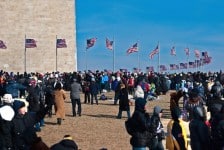 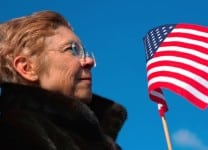 As one of the adults traveling this week from Selma to the nation’s capital with a group from Knox Elementary School, she brings different emotions and motivations than the idealistic young students, all clad in their new winter clothing and visions of a race-free America. For her and many of the other adults, this is a spiritual journey, both an intensely personal moment and a time to celebrate what they and their forebears suffered and accomplished, as well as to see the opportunities facing a new generation. 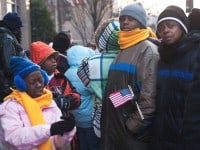