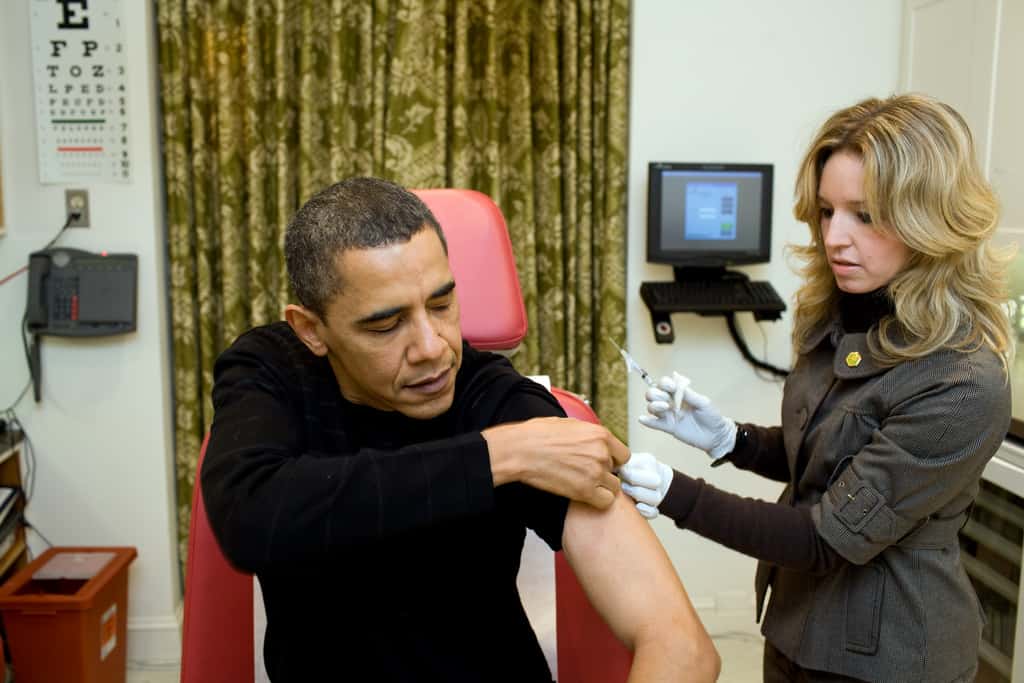 TUSCALOOSA, Ala. – Swine flu arrived in Macon County, Alabama, last week, showing up in classrooms at all levels and leaving a spate of empty desks in its wake. But authorities are battling the virus on its own turf, using vacant seats as both a map and compass to stem the tide.

When the virus entered the United States last April, the Centers for Disease Control issued test kits to physicians around the country to record confirmed cases. But by late July, doctors stopped individual reporting, saying the flu strain had become so extensive that maintaining such detailed surveillance was time-consuming and likely underestimating the true number of flu cases in the U.S. The Alabama Department of Public Health came up with a new plan: tracking the virus through school absentee records, voluntarily shared by individual districts.

To say it’s just the flu, tell that to someone whose infant has died of influenza. Yes, it’s just another case of the flu, but we can slow the spread. Keep the sick children home so the well children can keep going to school. ~ Dr. Jim McVay, Alabama Department of Public Health

“We’d never had a need for that information before,” says Dr. Jim McVay, director of health promotion and chronic disease for ADPH. He says typically this time of year, you’d expect 1% to 2% absenteeism, with that number escalating to 5% and 6% during the traditional flu months of January and February. Instead, student absentee rates in places like Tuskegee-based Macon County climbed to 16% last week, prompting the county school district to close six schools.

“To say it’s just the flu,” says McVay, “tell that to someone whose infant has died of influenza. Yes, it’s just another case of the flu, but we can slow the spread. Keep the sick children home so the well children can keep going to school.”

Reports of H1N1 outbreaks are sporadic throughout the state.

The Tuscaloosa County School system reports higher attendance than normal, but at the University of Alabama, 54 students have been diagnosed with suspected swine flu, and university spokesperson Cathy Andeen says more arrive each day.

At Tutwiler Hall, one of the campuses largest dorms, a box of facemasks shared counter space with the typical collegiate flotsam and jetsam Tuesday afternoon, and hand sanitizer was stashed on desks and tables throughout the building.

Normally, we’d expect to see 180 to 190 patients a day in August, and that’s blowin’ and goin’. The past few days, it’s been 220, 262, 240. It’s a lot busier than usual. We have those numbers during traditional flu season, but not during shirtsleeve weather. ~ Brad Fisher, DCH Regional Medical Center

The university also distributed flu kits containing Tylenol and a thermometer and created a “flu hotline” for parents and students to obtain more information. A faculty e-mail stated professors “simply must relax their attendance policies and allow makeup work. The alternative is to have students who are sick in class and exposing others with their germs.”

In southeast Alabama, one hospital banned children under the age of 12 from waiting rooms to help stop the spread of the virus, and Samford University called up its Pandemic Planning Team to keep students and parents informed.

Opelika high school’s head football coach faced his first game of the season Friday night with a quarter of his team benched by the flu.

McVay says the state health department isn’t recommending closures or cancellations, but instead asks the public to break the chain of infection by keeping contagious persons isolated until they can sustain a normal temperature without the benefit of medication. He suggests schools and employers waive attendance policies rather than overtax the health-care system by requiring written excuses.

Brad Fisher, spokesman for DCH Regional Medical Center in Tuscaloosa, says emergency room congestion is a definite concern. Already, the one at his hospital is seeing an increase in patient volume and upper respiratory issues. “Normally, we’d expect to see 180 to 190 patients a day in August, and that’s blowin’ and goin’,” Fisher says, using a local expression for quick in-and-out cases. “The past few days, it’s been 220, 262, 240. It’s a lot busier than usual. We have those numbers during traditional flu season, but not during shirtsleeve weather.”

Persons who enter the hospital’s emergency room with upper respiratory complaints are issued a facemask and taken to a separate waiting room so as not to potentially infect others. He says he hopes healthy people with minor flu symptoms will follow the CDC’s advice and stay home. “There’s not much we’re going to be able to do for you anyway, and we don’t need you in the waiting room infecting the person with the broken arm or whatever,” he says. “It’s a virus, and it will work its course. If you’re healthy, in a couple of days you’ll feel a lot better, but if you’re compromised, you’ll sure enough want to be seen.”

We’ve never had any flu vaccine, and swine flu doesn’t seem to be any more serious than any other flu, so we’re taking our chances. I’ll give them fluids and Tylenol and keep their temperature down. ~ Teresa Kendrick, parent

Human trials began earlier in the month for an H1N1 vaccination, but McVay admits it may be December or January before vaccine recipients get the full benefit of immunization. “It takes two weeks to make antibodies, so you’re just as vulnerable the day after as you were the day before,” he says, adding that researchers are still unsure whether a booster shot will be needed. If it is, there will be a three-week delay before it can be administered, then an additional two-week wait for more antibodies to form.

And then there are those who just don’t like the idea of vaccinations. Teresa Kendrick, a mother of three in Tuscaloosa, says she’s decided against it. “We’ve never had any flu vaccine, and swine flu doesn’t seem to be any more serious than any other flu, so we’re taking our chances,” she says. “I’ll give them fluids and Tylenol and keep their temperature down.”

It’s too late for University of Alabama freshman Andrew Morris — he’s already been infected. “It’s not too bad,” he says, stopping to adjust his facemask as he loads groceries into his car. “But I know somebody else who’s probably getting it right now. A girl touched me earlier.”